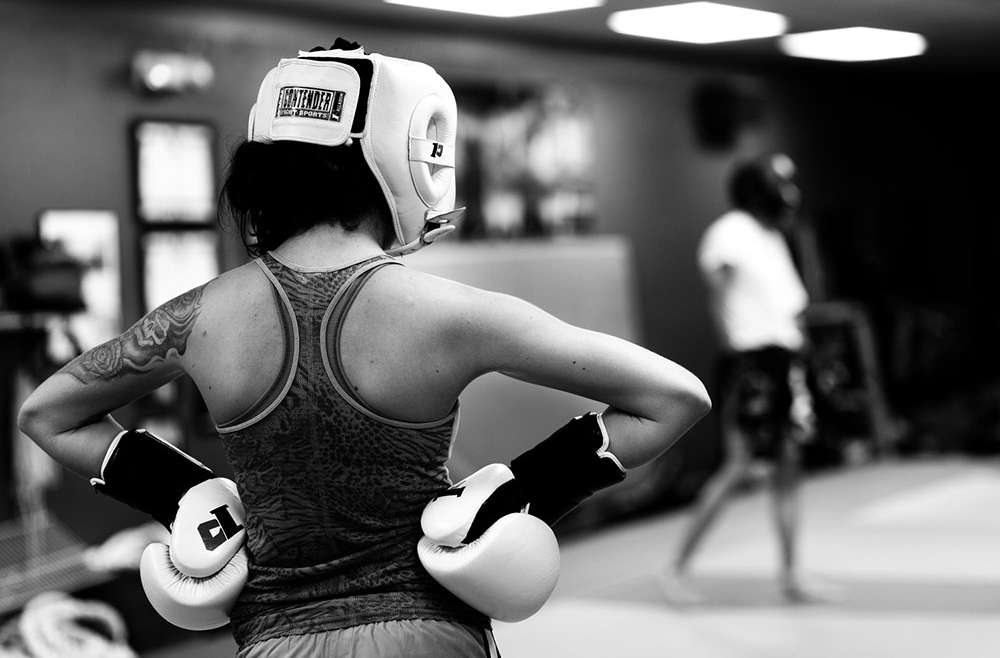 Boxing is a combat sport in which two people, usually wearing protective gloves, throw punches at each other for a predetermined set of time in a boxing ring or mat area. While humans have fought in hand-to-hand combat since the dawn of human history, the earliest evidence of fist-fighting sporting contests date back to the ancient Middle East in the 3rd and 2nd millennia BCE. The earliest evidence of boxing rules date back to Ancient Greece, where boxing was established as an Olympic game in 688 BC. We offer boxing as an additional class that will help supplement your martial ars training. Our Boxing coach is a Golden Gloves Boxing champ with attention to the details.

Muay Thai or Thai boxing is a combat sport of Thailand that uses stand-up striking along with various clinching techniques.This discipline is known as the “Art of Eight Limbs” because it is characterized by the combined use of fists, elbows, knees and shins.  At TBJJA we offer Thai boxing two nights a week and the program is taught but two great stand up instructors with over 20 years of experience if the art of Muay Thai.